In the last several weeks, we test the right fuel tank several times and try not to be discouraged.

On the bright side, we had a visit from some fellow Bay Area builders: Gustavo, Arthur, and Amalia! It was great to meet you guys :)

Their visit helped lighten up an otherwise quite discouraging couple of weeks, readers. Fuel tank leak testing is hard! Luckily, all the leaks we found were really stupid ones, particularly those that were at the corners of the flanges. We hadn’t even looked at those areas while we were goop-ing since we (wrongly) assumed that we should only seal mating surfaces. What fools we were!

However, we have learned, and emerged from the experience morally and emotionally stronger. We had no “pin-hole” leaks like we’ve seen some others have, but maybe they’ll appear on the left fuel tank…

We chose to not goop up the cork gasket, but instead added this form-a-gasket to keep fuel from saturating the cork over time. This choice was inspired by a post on the Van’s Air Force forums. We think its a good compromise between sealability and removability for service, as ProSeal is notoriously difficult to remove. Hopefully if it leaks, it will do so gradually in an easy-to-detect way…

The most depressing thing about the fuel tank leaks was that everytime we found a leak we had to mix another batch of sealant for it, killing a $20-$30 cartridge. We combined this as much as possible with starting the left fuel tank (i.e. sealing the left tank fuel sender, doing the internal skeleton, etc.) to make the monetary loss slightly more palatable. Here, you can see Peter pretending to be excited about doing yet another fuel tank leak test. 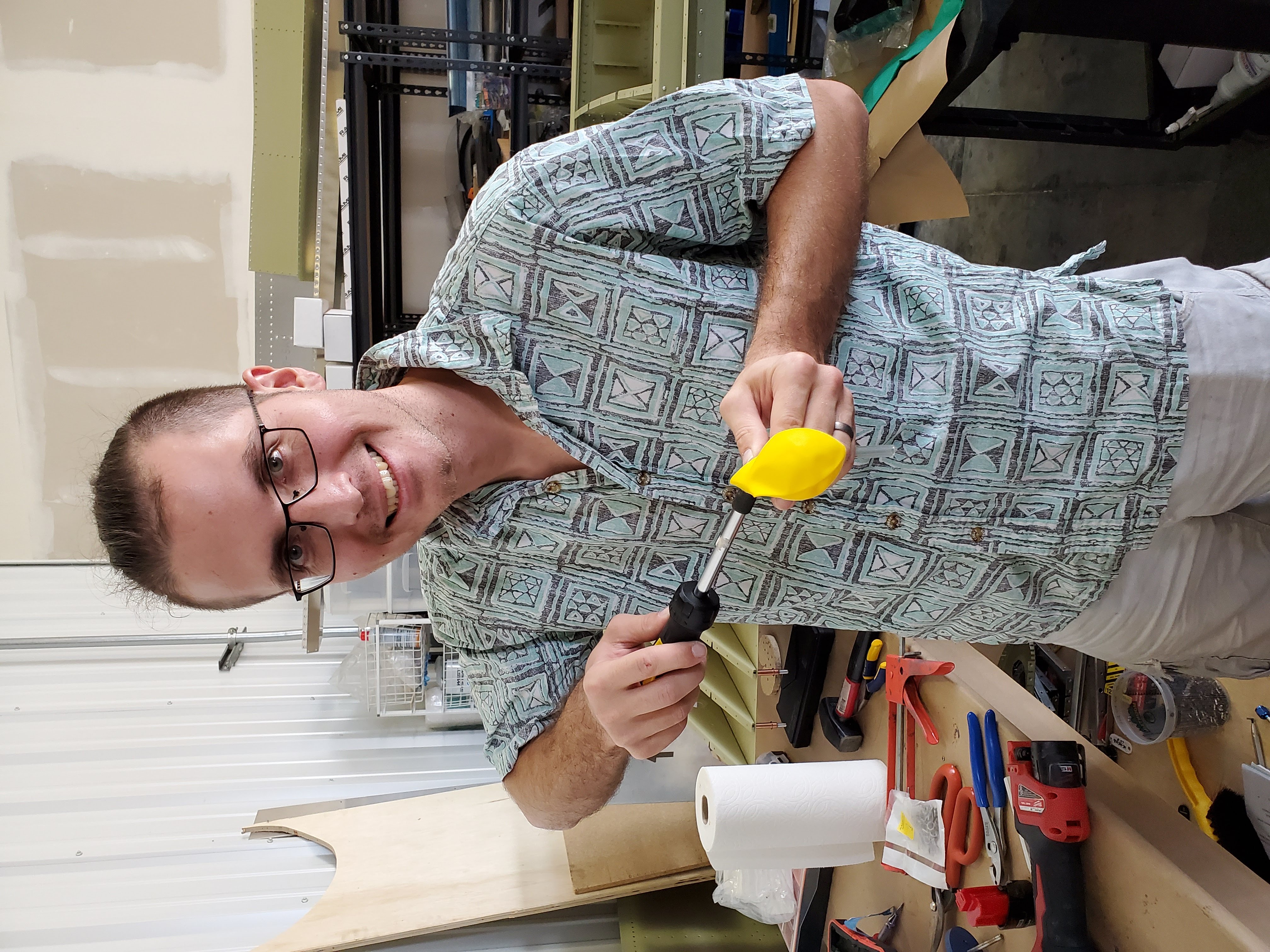 All in all, it looks like the right fuel tank is more or less finished. Next, we have to scrape off all the excess goop (of which there is a lot cause we really wanted lots of goop) and attach it to the right wing. Then, we do this all again. Judging by what we’ve already done with the left fuel tank, it actually feels like it won’t be that bad???? I don’t know. Claude said he thought the same thing and then had like three pinhole leaks he had to track down. So we’ll see.

After all this, I’m emotionally torn about the goop. I think it helped me personally feel like a real builder, but I also think it’s a giant pain in the neck. How do you feel, readers? At home with the goop or glad to never ever have seen it? Leave a comment below!