In this post, we go to EAA Aircraft Electrical Systems, Wiring and Avionics Workshop, as well as connect the rear fuselage and the center fuselage together

It has not even been a month, dear readers, and we are writing a new post! What is the reason for such frivolity? Two big events! Firstly, we attended EAA Aircraft Electrical Systems, Wiring and Avionics Workshop, which was held on Mar 26-27th in Fremont. It was super interesting – huge shoutout to Dick Koehler for the putting together amazing syllabus (and lots of cool stories). For us, it was especially timely, given that we are starting to plan the wiring and actually are doing the wiring in the rear fuselage. There is a lot covered in the course, ranging from the basics of selecting the right wires and crimping, to antennas, planning electrical system, do’s and don’ts of alternators etc. Not going to attempt to replicate everything here, will just cherry-pick a few highlights that were especially useful to us:

Practical exercises were also a lot of fun! Here’s a picture of the final excercise that imitates dimmable backlighting of the panel: 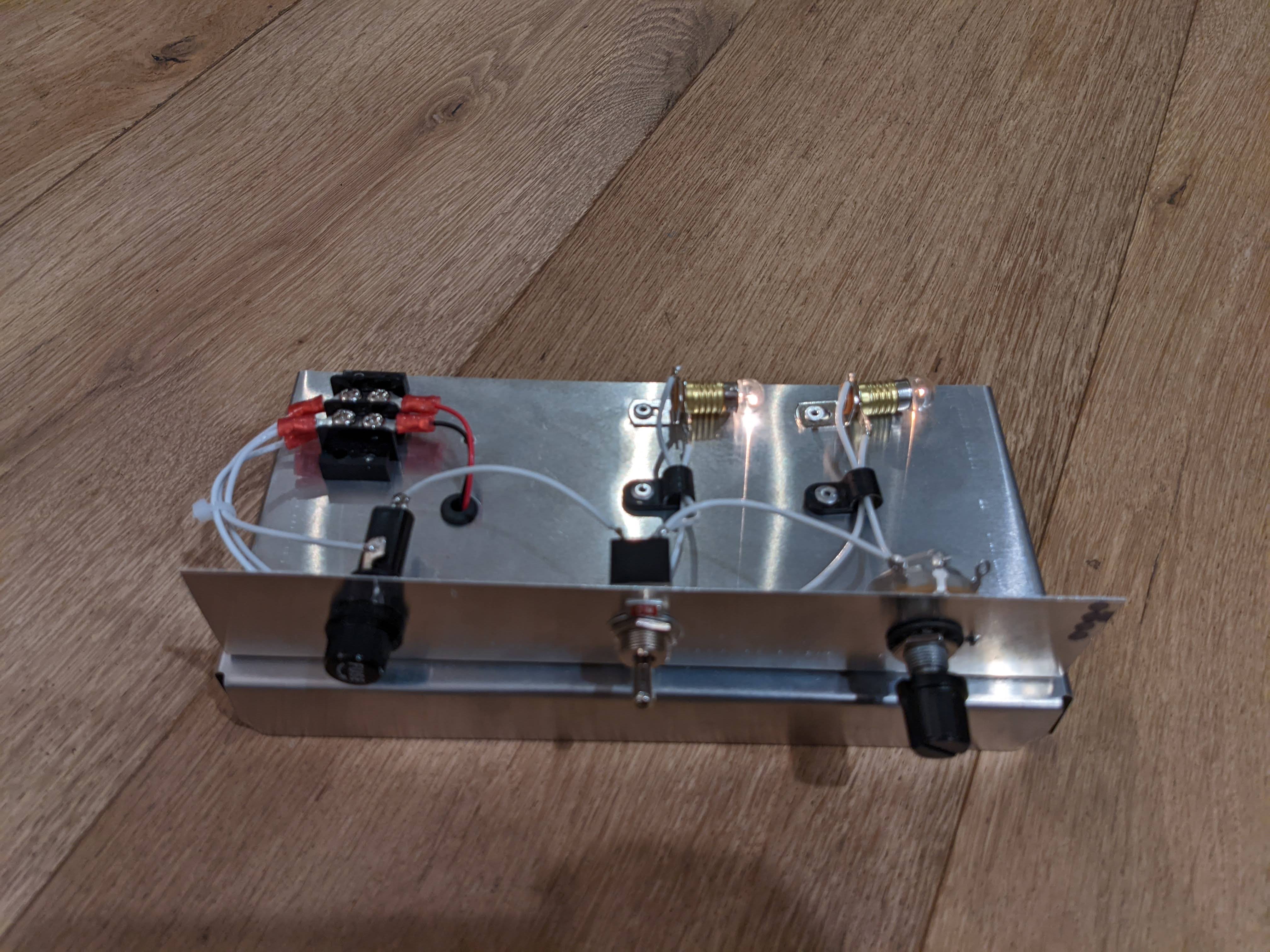 The workshop venue, Aviation Institute of Maintenance, is also super cool! They have a bunch of airplane engines cut out and open to look and touch, so great opportunity to geek out over giant jet turbines :) 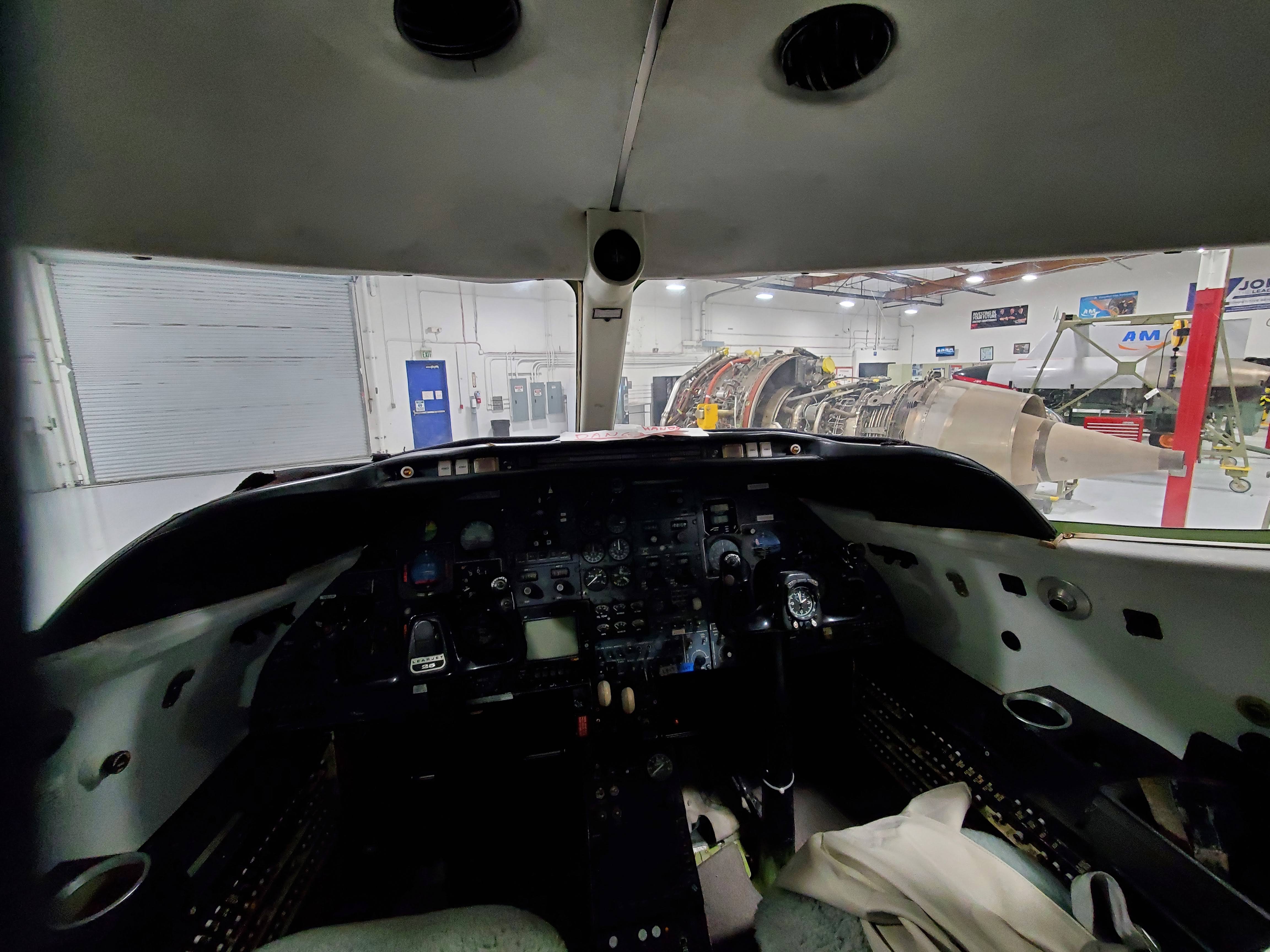 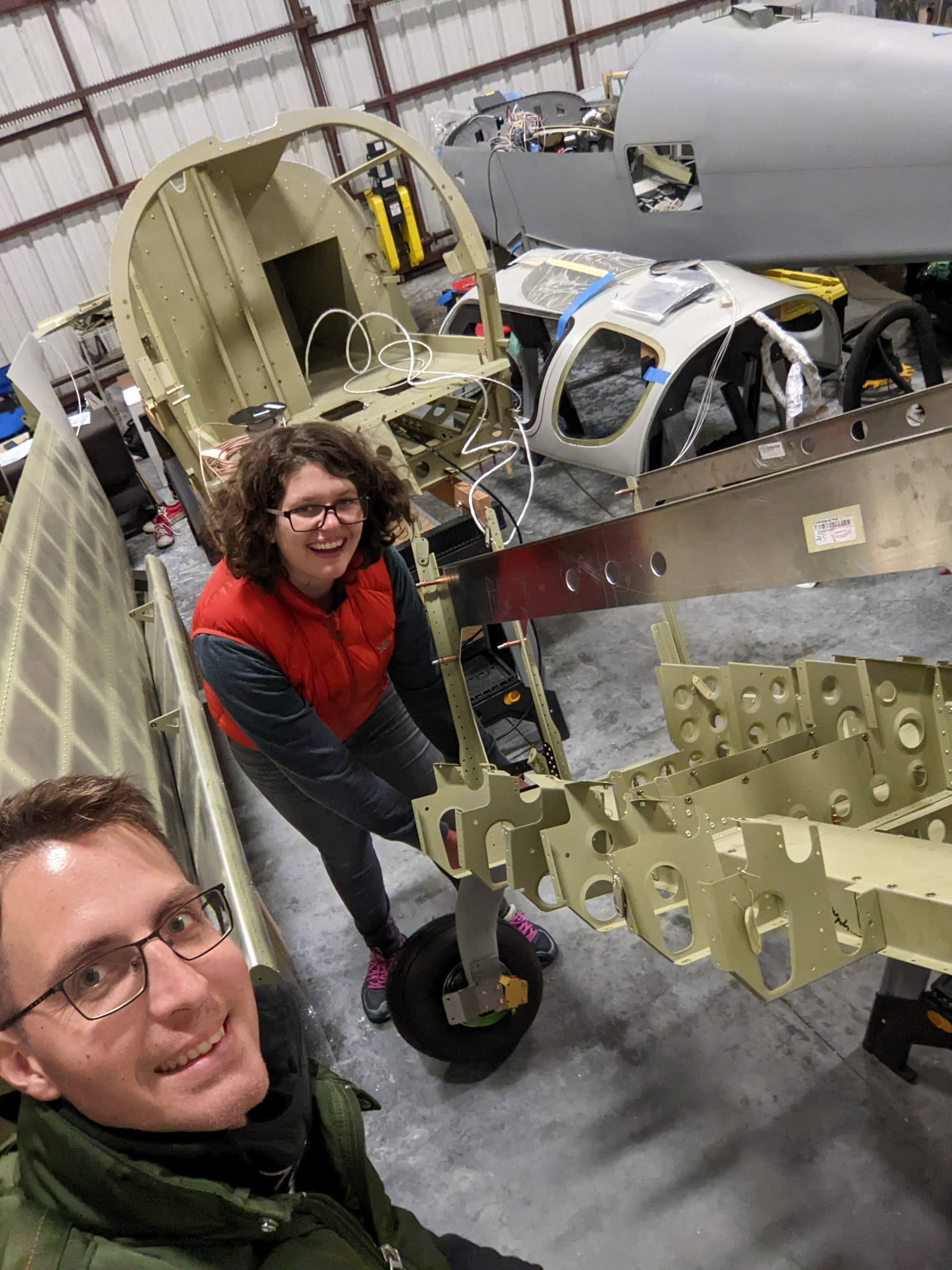 Finally, we raised the rear fuselage according to the manual using some packaging material, and connected it to the center fuselage. The parts fit together surprizingly well, we did not have to do much man-handling. The end result looked like this: 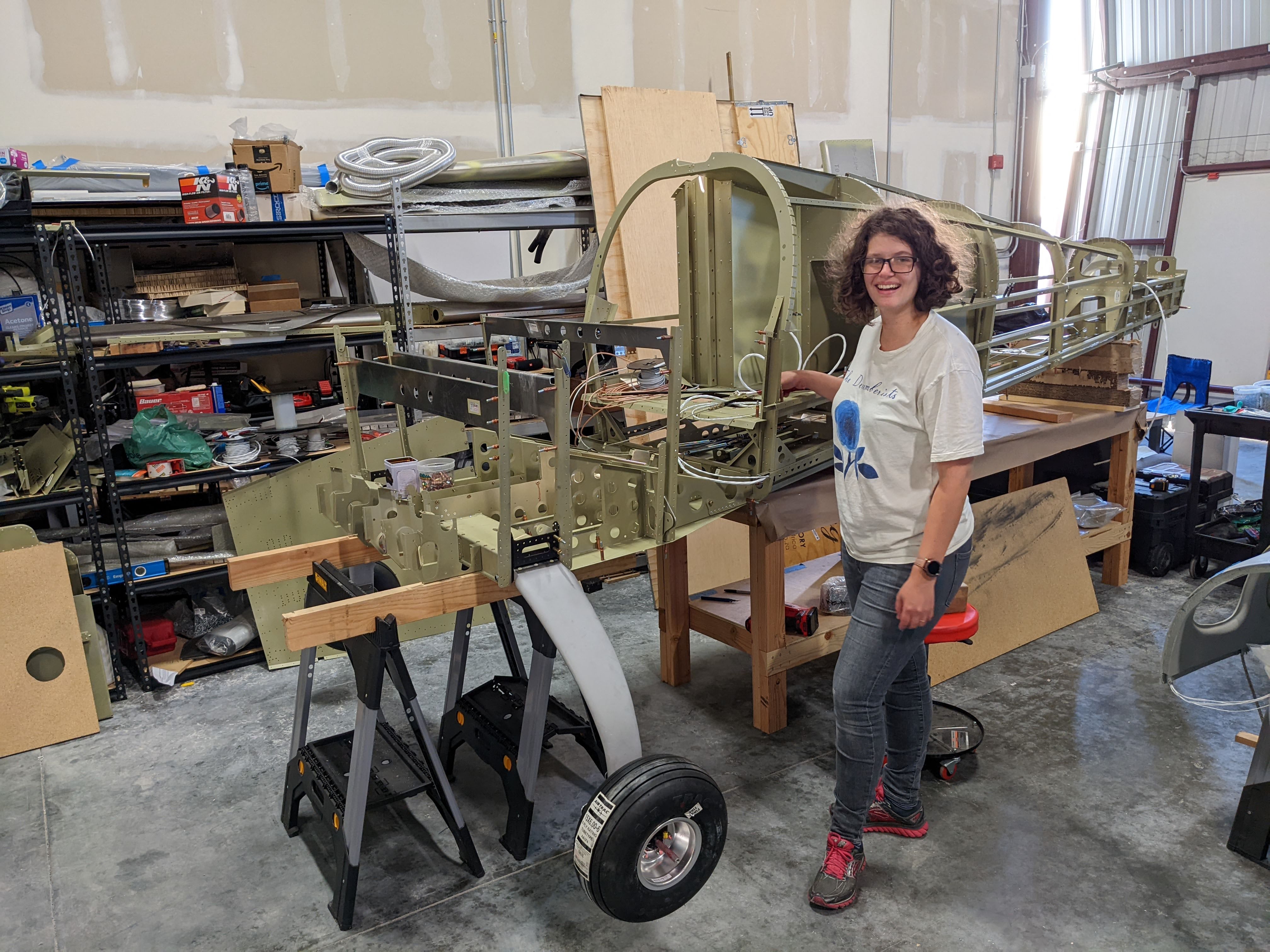 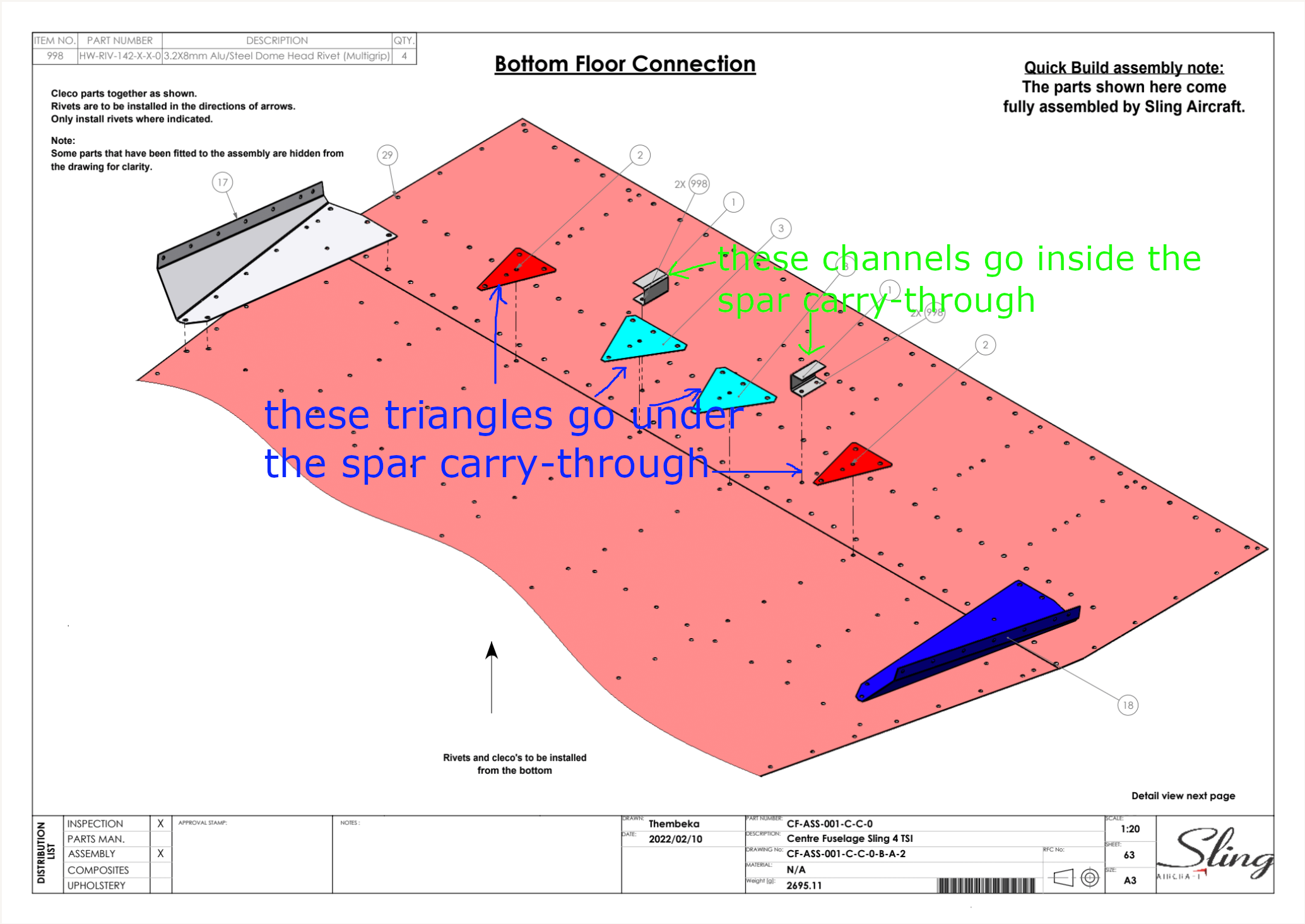 In this zoomed-in picture you can see the triangular reinforcers shoved between skin and the spar. One of the holes in each triangle was missing from the skin, so we had to match-drill it. 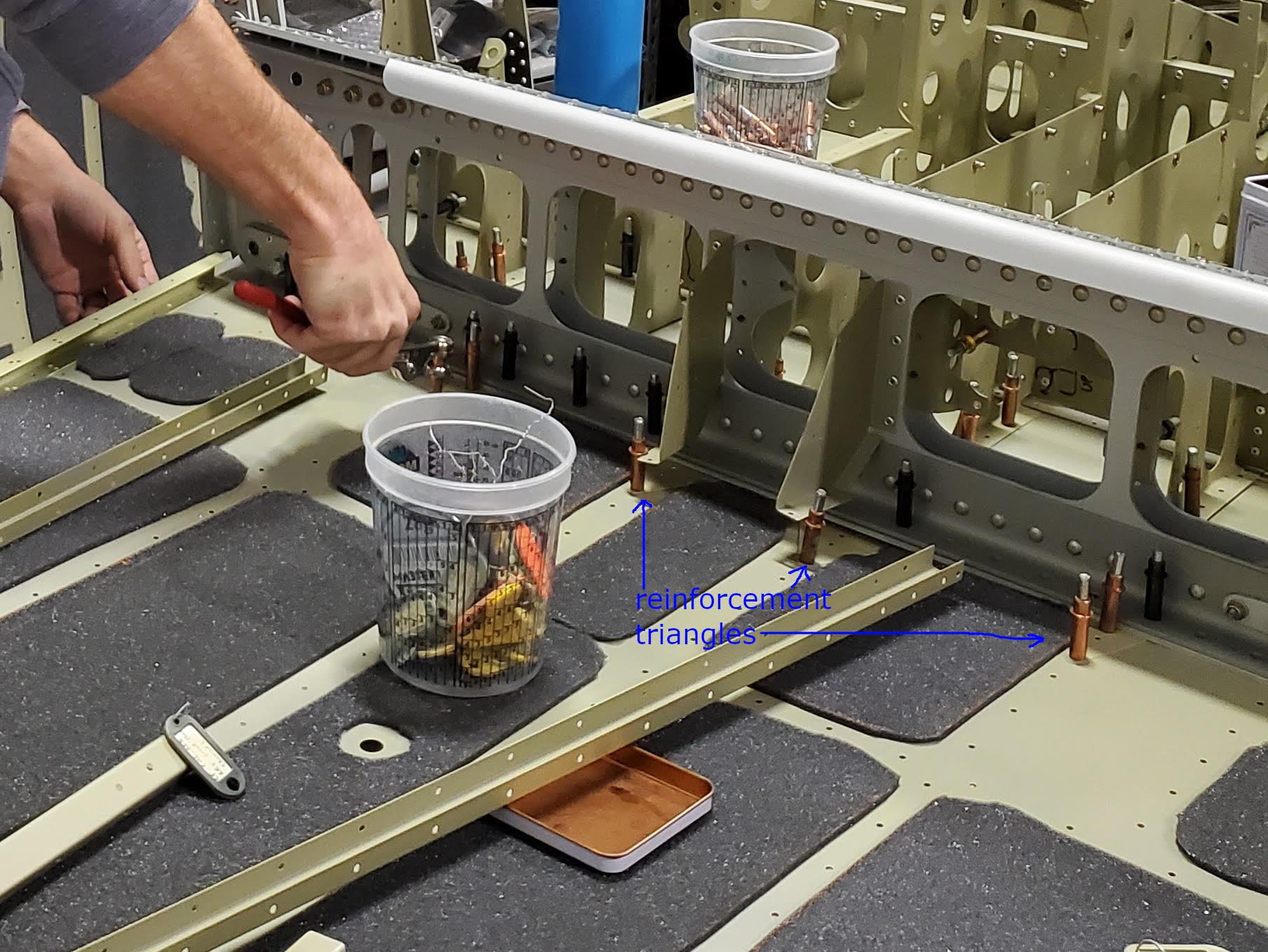 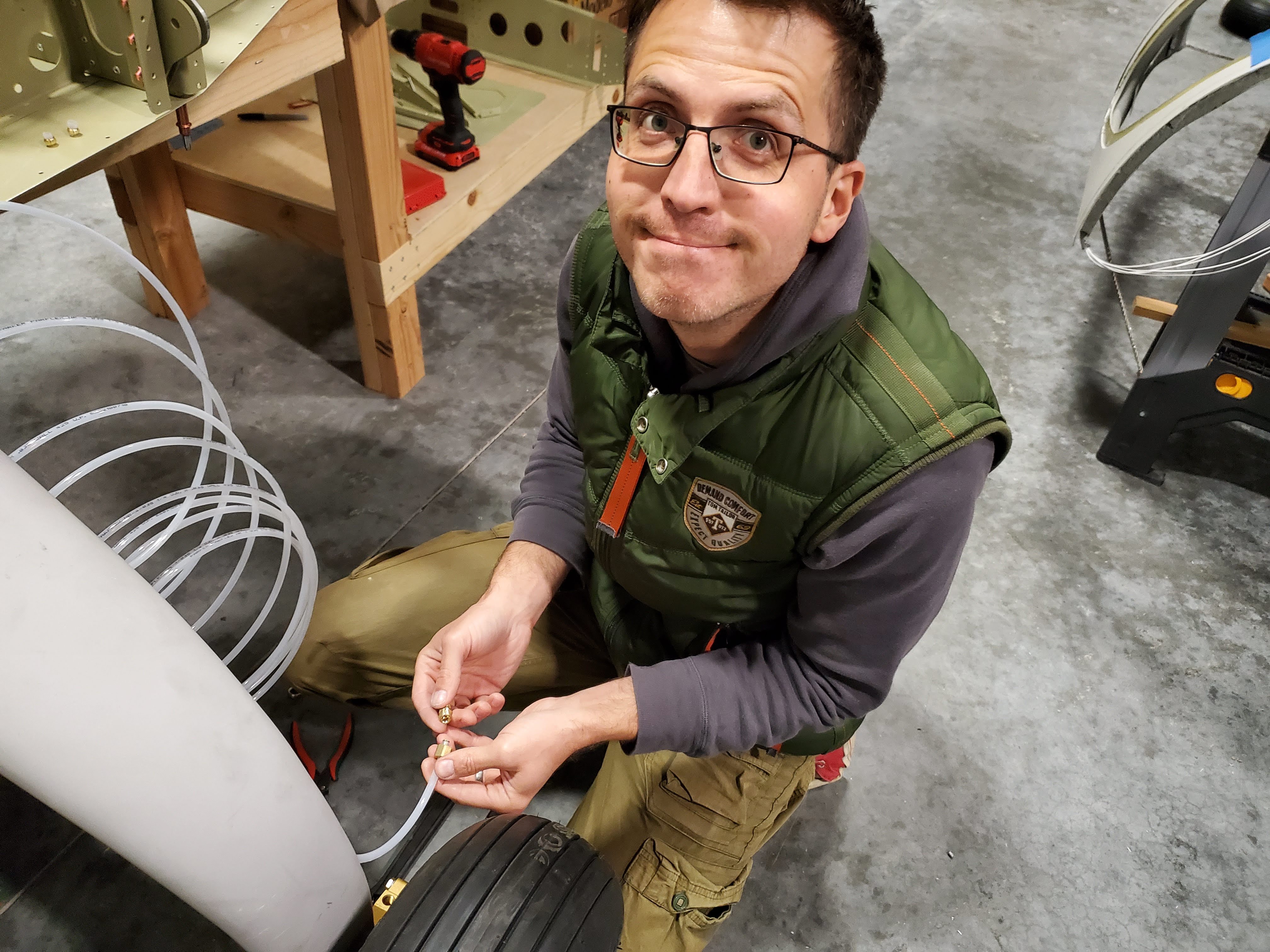 We could not find any info online (all the forums related to nylon brake lines assumed some level of knowledge, not complete n00bs like ourselves). Eventually, by trial and error, we figured out that: 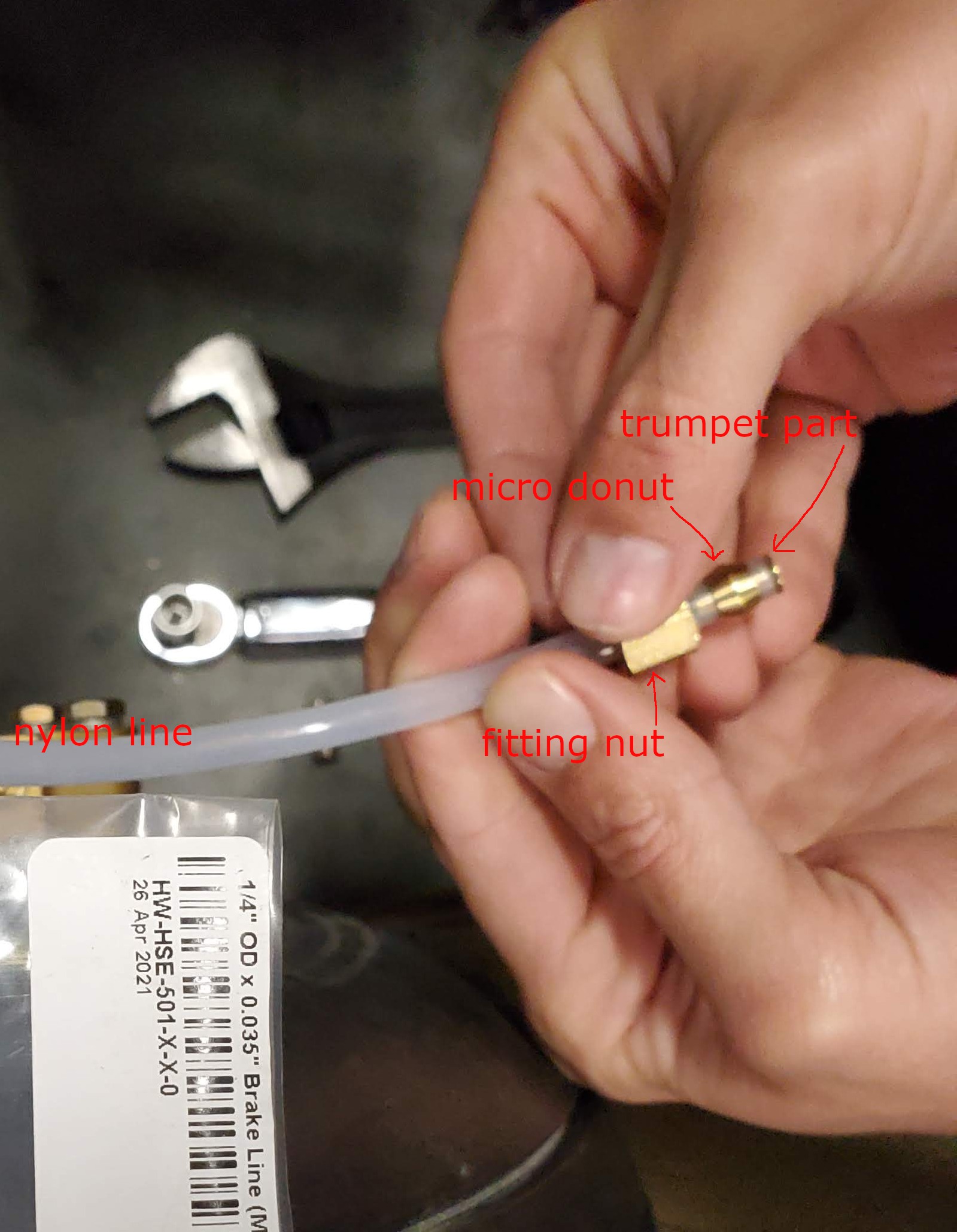 Manual specifies that it is possible that we will need to re-tap some of the threads to 1/8 NPT. Evan mentioned that the only part that actually needs retapping is the parking brake valve, so, instead of re-tapping, we simply got a new parking brake valve. Another surprise for us was that a bunch of places in the brake system (master cylinder, brake calipers, park brake valve, brake fluid reservoir) use tapered thread. Apparently, one is not supposed to use a torque wrench to tighten those. Instead, a) loctite 577 need to be used to seal the threads and b) fittings are tightened to 1.5 – 3 TPFT. What is TPFT? Engineering term for “turns past finger tight” :) We tightened ours to 1.75 TPFT, we’ll see how it handles brake pressure.