Visit to The Airplane Factory!

As a 4th of July celebration, we drove down to LA, and on the next day showed up at the doorstep of The Airplane Factory in Torrance.

Feeling a little guilty for making Barry work on Friday the 5th of July, we pulled up to The Airplane Factory next to Zamperini airfield in Torrance. The life story of Louis Zamperini (whom the the airfield and a freeway in Torrance are named after) is epic; it beats the plot of any Marvel movie by a long shot.

At the factory, the first thing we learned is that there is only one assembled Sling TSi at the factory itself (the famous WT), and it was about to take off for the day with Jean and Dave. We begged Jean to take us on a quick ride around the airport, and he graciously agreed.

Sasha was at the left seat, Jean - in right, I (Peter) in the back. After the run-up (which Jean ran with a very excited Sasha looking on), when we were about to take off, Jean turns to me and asks “Do you trust her”? Having flown with Sasha before in a 172 (similar situation, there was an instructor on board), I was like “Sure, what’s the big deal”. He said “Ok then, Sasha, you fly the airplane”, took his hands off the joystick and folded them on his chest. My friends, as soon as we started taking off, I regretted my opinion. The Sling was taking off almost vertically up! (or at least it seemed that way to me). Once in the air and getting a little more used to the sensitive controls, it was actually super fun! We were still a little freaked, so it did not occur to anyone but Jean to take pictures, this one is from him :) 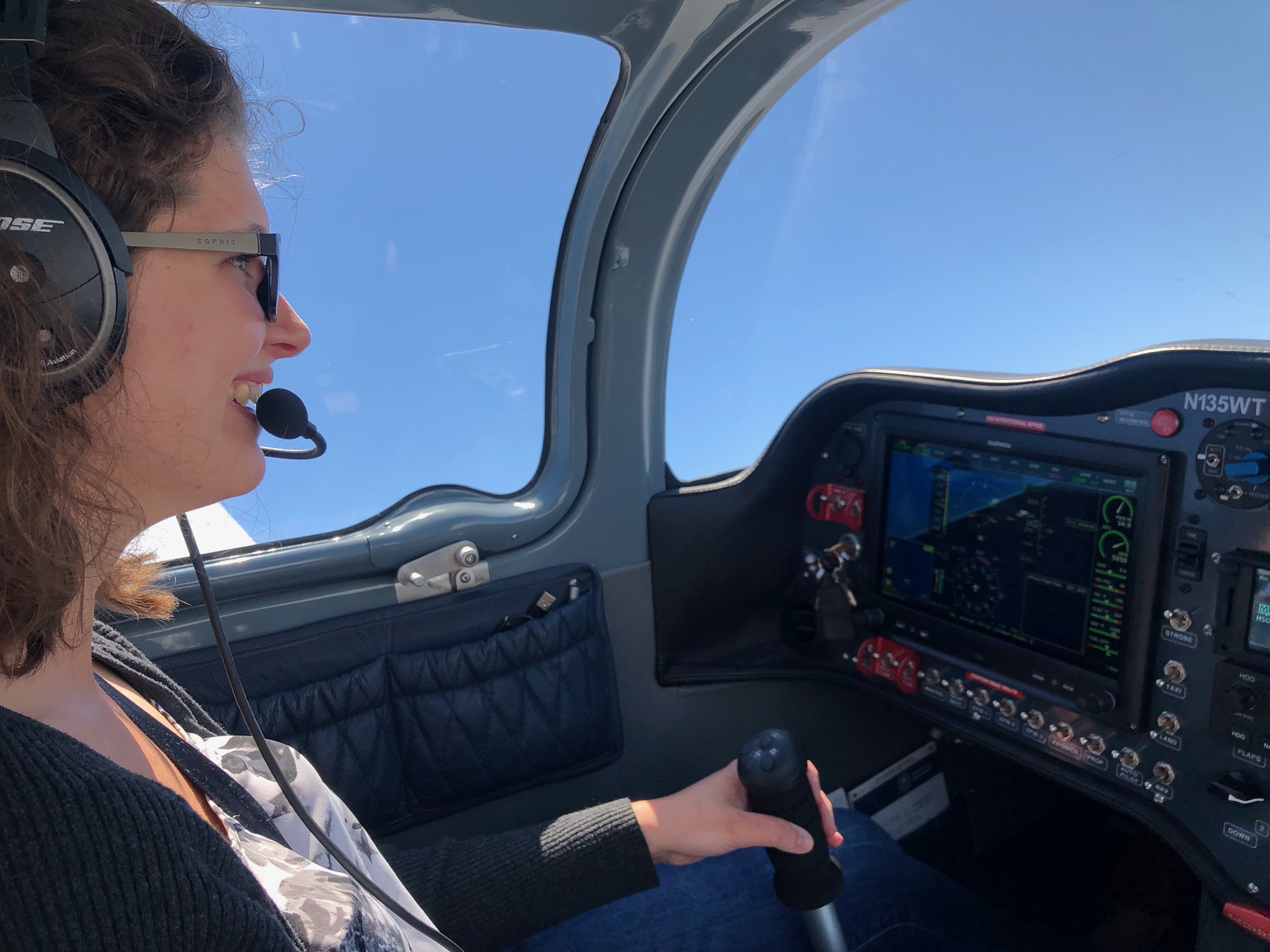 Once back on the ground, we barraged Barry with questions about proper deburring techniques, details of engine operation, priming, and all sorts of other stuff. Shout out to Barry - he was incredibly helpful, patient, and super entertaining to talk to.

The things that would be immediately useful to us soon are these:

At any rate, we had a great time and highly recommend a visit to TAF to anyone who has any interest in the Sling aircraft!